Everyone loves adorable animals here at Pinpple in the past year. However, some creepy-crawlies with too many legs, or some with no legs exist all around you. Here is the ultimate list of some of the creepiest creatures we have found on the web.

Centipedes and spiders are now eating a snake? Crabs climbing trees, larvae moving in one stream, leeches, tarantulas, ....Yeah, no thanks. I'll be staying exclusively inside of my house.

Coconut crab can weight up to 10 pounds, 3 feet long. Giant crabs that live on land crabs can be more frightening because it can appear where you live.

For those who REALLY interested to see them moving, play the video below: 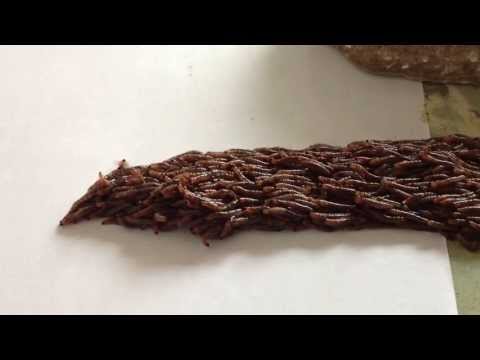 ▶
This guy found a huge lobster that on an island off the coast of California. Lobsters are normally 3 pounds, yet this one is 12 pounds.

GIF
Apparently this centipede was nearly swallowed by a snake and eating the snake inside out. Read the full story here

"The Black Swallower", also known as "The Great Swallower". The Swallower has a huge pouch that hangs down from just below its chin to the bottom of its belly and can swallow another fish twice its size

A team of naturists decided to film the lengthy molting process. They then sped up the video so that the whole thing only took 5 and a half minutes.

Check out the molting Tarantula here.